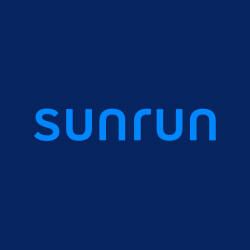 If change means solving one of the biggest challenges of our time by reinventing the way people power their homes, then we say bring it on. It doesn’t hurt that we’re reducing carbon emissions, adding new jobs to the economy, and having fun while doing it. In 2007, Sunrun co-Founders Ed Fenster and Lynn Jurich set out to make home solar mainstream. Upfront cost was a huge barrier to home solar adoption, so they invented the model now known as "solar service." Sunrun allows homeowners to pay for solar power, not the panels. This means Sunrun owns, maintains, and monitors the system while homeowners pay for the electricity it produces. Each business day, we install $2 million worth of solar and facilitate one solar installation every 10 minutes. Our network of more than 30 leading solar installers employs more than 3,000 people.

Email me jobs from Sunrun, Inc