The incumbent is responsible for operating and maintaining an efficient and profitable front-of-the-house food services operation; managing the activities and functions of an assigned food outlet, including monitoring of the budget, staffing issues, and operation performance, ensuring the delivery of quality service and most appropriate price value consistent with Hard Rock Hotel & Casino Sacramento at Fire Mountain objectives.

EDUCATION AND /OR EXPERIENCE REQUIREMENTS:

This knowledge and these abilities are typically acquired through the completion of a high school degree or equivalent and 6 years’ restaurant service experience, with at least 2 years in a supervisory capacity; or the completion of a Bachelor's Degree in Restaurant Management, Business Administration or equivalent and 3 years’ restaurant service with at least 1 year in a supervisory capacity.

The Tribal Council gives first preference in all of its employment practices to members of the Enterprise Rancheria Tribe who meet the job requirements. 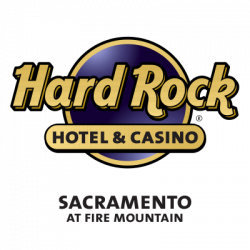